To measure, analyze, innovate, this is the slogan of Kistler, which deals with measuring technology of all kinds, not only in the automotive industry. Thanks to the unique opportunity to rent a Correvit S-Motion non-contact optical sensor, we have also been able to innovate in the development and testing of our vehicles.
Correvit optical sensors allow accurate measurement of the longitudinal and transverse speed of the vehicle while driving. But that’s not all this measuring device can do. It is also equipped with several sensors that describe in detail the behavior of the vehicle in dynamic conditions. The tire is the most important component of the vehicle, and this is not only true for racing specials. Thanks to this sensor, we are able to determine the directional deviations of individual wheels, which is just one of the main parameters influencing the magnitude of the transverse forces under the tires when cornering. The magnitudes of these forces then define all of the vehicle’s cornering behavior.

Testing with the sensor consisted mainly of steady driving on a circular track, during which a sensitivity analysis of individual vehicle parameters for its behavior was performed. The measured data were then compared with our simulations and based on them we were able to get closer to reality. Among other things, the measurement helped us with the development of autonomous systems of our first unmanned formula, and also contributed to better optimization of the algorithms of active elements for driving dynamics control (such as torque vectoring and rear axle control).
We want to thank Kistler Eastern Europe s.r.o. for the opportunity to carry out these driving tests. The knowledge gained by measuring with the Correvit S-Motion sensor helped us to get a little more insight into the issues of vehicle dynamics and thus move the performance of our monopost a bit further. 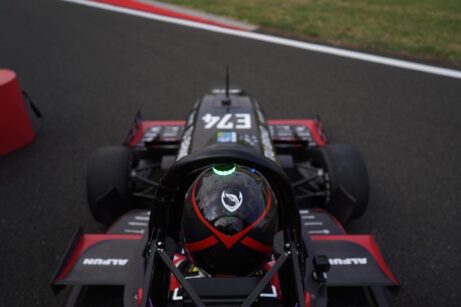 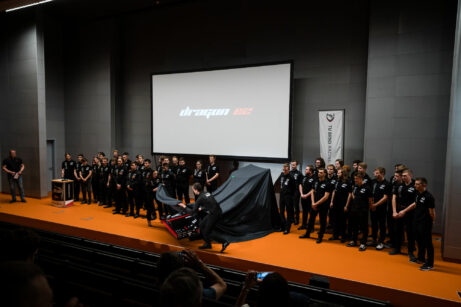 On May 27, the presentation of this year's Dragon e2 monopost took… 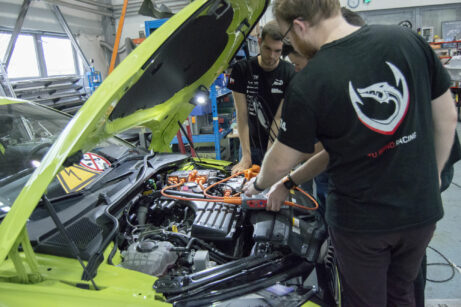 With the transition from an internal combustion engine to an electric one,…